The Douai plant is heading for the top end of the market. The objective: to make New Espace a vehicle of flawless build, able to meet the needs of Renault’s top-end customers.

New Espace was one of the main attractions at the Paris Motor Show in October. This large, elegant and robust crossover marks the start of a renewal at the top end of the Renault range. To this end, the Group rolled out a robust action plan at the start of the year in order to achieve a level of satisfaction on a par with customer requirements.

“Our Customer Satisfaction Plan is part of a quest for excellence. We are aiming to rank in the top 3 for products and services in all our main markets by 2016,” says Philippe Prével, VP, Quality for the Renault group. “Our vehicles are recognized as reliable but we want to go further. We aim to fully satisfy customer requirements by delivering well designed, well finished products, and by providing a service in which the entire customer journey with Renault becomes part of a simple, personalized, and interactive experience. With New Espace, we are setting even higher standards.”

“With this vehicle, we are targeting customers whose main requirements concern design, safety, comfort, quality ̶ particularly perceived quality ̶ and the high-tech content of the car,” explains Philippe Brunet, VP, D/E Product Range Program, Renault group. “The Douai plant had to factor these requirements into production. To meet the specifications for New Espace, particularly its lightweight construction (1) and high- quality materials, such as the leather and the dashboard, the plant had to make major innovations from both a technical and human standpoint and develop the level of expertise necessary to meet the highest standards in quality.”

The Douai plant has clearly understood the objectives. Following an investment of €420 million and a three-year transformation program (2), it is gradually moving upmarket, in both industrial and human terms, in order to effectively satisfy the requirements of customers acquiring the brand’s flagship vehicle. Particularly in the areas of compliance and perceived quality, where the plant plays a key role.

“To ensure success in building New Espace, we have put in place a three-pronged approach,” says Franck Naro, Director of the Douai plant. “First, we implemented a plan to improve the quality of Scénic, focusing on reliability and perceived quality. Next, we carried out a self-diagnosis of everything that could be improved in our production system. Last, we studied two external benchmarks with Daimler and Infiniti. We looked at what Nissan did to build Infiniti. The “Infiniti Plant Evaluation System” was a great source of inspiration for us. Nissan uses this system to label plants able to build vehicles for its Premium brand. At the same time, as part of our partnership with Daimler, Renault Douai asked the specialists from Mercedes to come and assess New Espace at each stage of the development process based on their own criteria. All these initiatives make up our “Quality First” plan. We are applying this plan to the letter to ensure a successful production launch for New Espace.”

The watchword of “Quality First!” guides the plant in its everyday activities. Following a preliminary self-diagnosis, the plant is pursuing a move upmarket based on four components: the fundamentals of the Renault Production Way (SPR); the implementation of a robust compliance program; a new mindset inspired by the move upmarket and a strongly mobilized workforce.

Between now and end-2016, the Douai plant will build five bodies on a single line: New Espace, a new D segment vehicle (two bodies) and the successor to Scénic (two bodies).

The fundamentals of the SPR: a base for quality of build
Set up over fifteen years ago, the Renault Production Way (SPR) has now reached maturity. A common base for all Group production sites, it requires strict implementation of its standards to ensure success. To “get it right first time” is the No. 1 aim of all workers; compliance is essential to quality. All the stakeholders involved in building New Espace had to (re)adopt the SPR as their day-to-day guide.

The quality standards required for a top-end vehicle were factored in right from the design stage, then throughout the life of the project, through an ongoing dialogue between the teams involved. The objective: a well designed product built to flawless standards. The exhaustive efforts made in the preliminary stages of the project, based on close cooperation between engineering, CRPV (vehicle prototype production centre), the Quality department and the plant, made it possible to identify at an early stage the key aims in perceived quality with respect to stamping, body assembly and final assembly.
The implementation of a robust compliance program

A vehicle body is said to be “compliant » when it fully respects the standards set out in the engineering specifications, for each function. The plant plays a key role in achieving this. Compliance is first and foremost a geometric issue. In the case of New Espace, 400 dimensional checks were conducted on gap, flush, alignment, etc. Priority was given to points with a direct impact on customer perceptions of quality: 45 key dimensional checks, or 100 measurement results, were identified and are examined by the plant’s quality experts as part of the weekly meeting in the “Compliance Room”, also known as the “War Room” to indicate the level of mobilization required.

Compliance is also a fundamental criterion in paintwork. Douai is taking advantage of new know- how, particularly with respect to uniformity of colour, through internal benchmarking. The first prototypes of New Espace were assessed in a light booth set up at the Maubeuge plant as part of the partnership with Daimler. Douai is installing the same system for volume production of New Espace. In this booth, certified experts with the ability to differentiate highly similar nuances, inspect body parts for uniformity of colour. The neutral environment (grey walls) minimizes reflections and other visual

pollution. The light, the level of brightness and the angles of positioning are standardized to contribute to efficient assessment.
At the same time, every operator at Douai working with mastics followed a special three-week training course in order to learn the technique for placing the mastic along the doors, an operation that is particularly complex on New Espace owing to the deep cut-outs. Although these mastics are visible only when the bonnet and doors are opened, they are an integral part of the overall positive perception of the vehicle expected by buyers of “top-end” Renault vehicles.

A mindset inspired by the move upmarket
Looking beyond compliance, as part of the benchmarking process with Infiniti vehicles, Douai has put in place systematic inspections for New Espace. For some items, 100 % of vehicles are tested. This is the case, for example, of the high-speed test (100 kph), which serves to identify noise that would be imperceptible in conventional dynamic tests at 15/20 kph. It is also the case, for example, for tests on electronic functions, and superfinishing work on the adjustment of opening panels…
A strongly mobilized workforce

The challenge was to coordinate the strong points of the product with capability in on-site processes, some of which were new to the Douai site. For example, the switch to aluminium for the opening panels of New Espace involved mastering a new stamping press and a new automated panel line in the body assembly shop. At the same time, touch-up operators needed to adapt to a material that is very different from steel. Another example: the quest to make the vehicle lighter led to the introduction of a hot stamping process, a first in Group plants, and another technique that had to be mastered.

One of the keys lies in the “passport to an executive plant” training course, proof of the real efforts made to build skills and consolidate know-how in a motivating working environment that shows respect for people. Since July 1, 2013, this four-day training course has been followed by all on-site staff, a total of 100,000 hrs of training in all. The underlying principle is

that all functions are interdependent from the standpoint of end quality; each person is a link in the chain formed by the plant. The various functions maintain an ongoing dialogue on the culture of top-end products, production standards, on-site quality, costs, health and well-being in the workplace. This gives all the employees involved in building New Espace the behavioural keys required for products in this segment.

Concerning well-being in the workplace, the plant has adopted more demanding standards (and is aiming to go even further over the coming months) on the quality of the staff working environment. This involves more ergonomic workstations, as illustrated by the variable-height seating in the final assembly shop. This improves concentration as well as contributing to staff motivation, a factor whose impact on end quality is well known.

As a result, employees have developed a real sense of pride in being part of the history of this fifth generation of Espace. The plant is now seeing a ramp-up in the production process, in which it has gained full proficiency, and is moving with quiet poise towards the launch of a flawless vehicle that meets the requirements of Renault’s top-end customers. 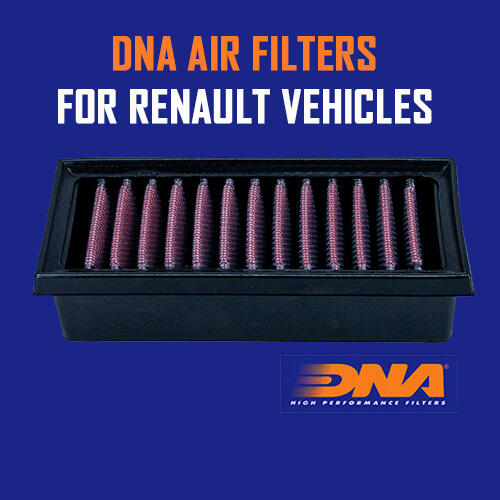